Pictures at an exhibition

Well, the shawl is finished, am pleased with it, there maybe an opportunity to wear it soon, but have just photographed it across the banister over some tablecloths. 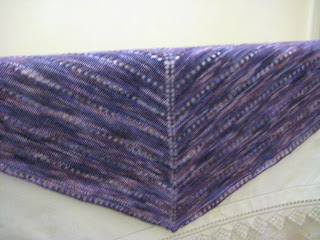 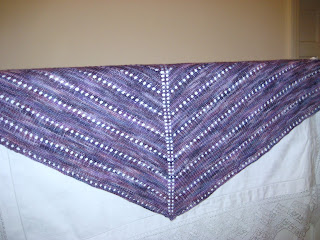 One picture had flash on, one didn't, so one shows stitches and one shows yarn. In the end it hadn't mattered that the shawl wasn't finished for Sunday, weather was too chilly for the dress so wore a much warmer one with the first shawl I ever made, a Forest Canopy Shawl, the colour of which is Atlantic.

In case anyone can be in London before the Kaffe Fassett exhibition closes on 29th June here are a few random pictures from inside the museum where visitors were encouraged to take pictures as long as the flash was switched off. 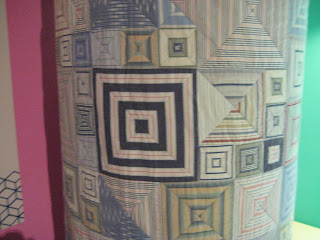 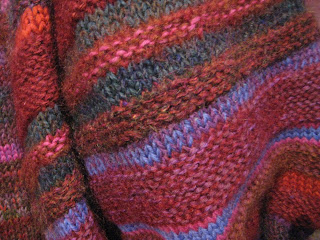 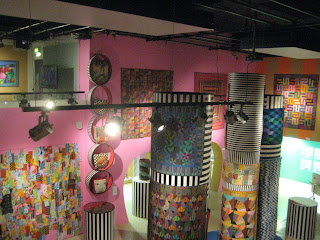 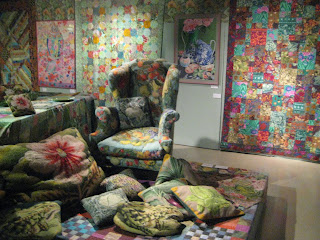 When we came out, walked along Bermondsey Street towards London Bridge station and it was fascinating to see the old buildings with the Shard lurking overhead behind in the first photo below. 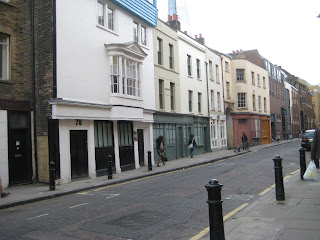 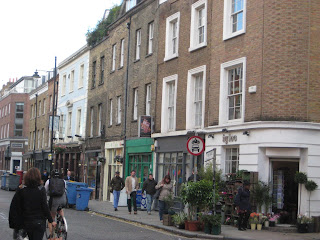 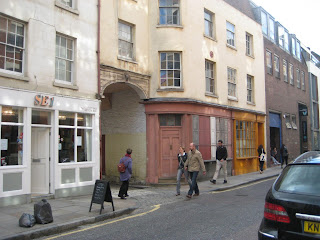 I marvel at cleaned up London, at the regeneration of some areas like this one, whilst feeling a little overwhelmed at how crowded and busy it is at times. Such a difference from when I worked in London in my late teens and twenties. Notwithstanding, I cannot imagine living anywhere else, but I wonder how many others residing here can trace family living here for over two hundred years.

Posted by PixieMum at 22:48 7 comments: Links to this post


Yesterday much knitting was done whilst travelling by SW Trains and the Underground so the shawl has grown to this ..... 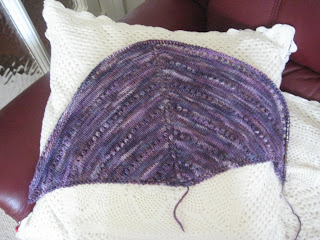 Am having doubts whether the dress will be warm enough to wear on Sunday, the wind chill factor has brought the temperatures down. As requested here's a couple of views of the dress, worn in June 2010 for son's wedding, but with big hat and purple jacket. 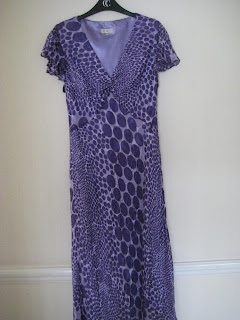 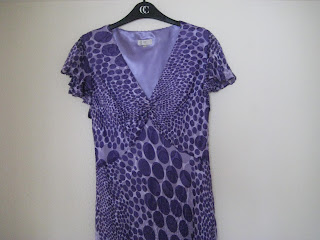 Although it doesn't seem apparent in the picture the shawl and dress colours are very similar. I have another dress with purple as its main colour so the shawl will go with that too.

Reason for much train travel was that I went and met Ian after his exam ordeal, we lunched at Café Rouge in Whiteleys before going to the Kaffe Fasssett A life in colour: 50 years of textile art exhibition at the Fashion and Textile Museum in Bermondsey Street, about half a mile from London Bridge. Closes on 29th June so not much time to view.

Will show my photographs and give my thoughts another day, my knitting calls. Would like to knit outside but it is just too gusty.
Posted by PixieMum at 15:54 5 comments: Links to this post


When we went to HMS Wildfire parade I wore the outfit I had bought for Adam's wedding, have to admit I had forgotten the details of the dress. The jacket made for a rather formal outfit, but the dress could be worn without the jacket for a daytime event. Given the very chilly weather we are not enjoying I decided the dress needed a shawl, I had a pattern from a supplement from Knit Now from a year ago, needed to purchase the wool recommended in the pattern and the circular needles. I have quite a few pairs of Knit-Pro circulars but it is very difficult to identify the size so a decision was made to purchase a pair with the wool.

On Sunday evening I ordered purple Manos del Uruguay Silk blend and needles from Addicted2knitting, an online store in Oxfordshire, maybe online but the friendly and personal emails were a virtual chat over the counter of a shop. The luxury yarns come in old fashioned hanks so dear Ian left his revision to assist, I had forgotten how much time it takes to wind into a ball.

So, at close of play, this is my progress with this unfamiliar pattern. 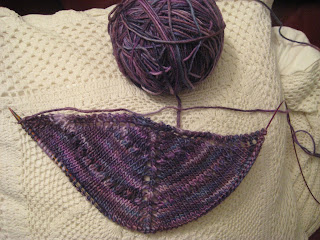 The question is, can I complete it, including blocking to wear this Sunday, our wedding anniversary?


Well, I haven't said much lately have I? Reason is that there hasn't been much to say till now as I don't want to moan about the first cold I have had this winter for bad cold means antibiotics so have to recover from them too. Life is revolving around planning for "after the exam", now just five days away, not good for Ian as he has had terrible toothache, kind dentist saw him yesterday and identified gum infection so it is Ian's turn for antibiotics.

Not sure whether I have mentioned here that our son, Adam, belongs to the Royal Naval Reserve, today HMS Wildfire paraded on the tennis courts and we were very proud to see him awarded with a cup and plaque for Top Achiever 2013. 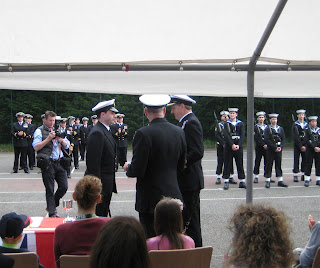 It was interesting to see our son's world, he was officer in charge of the guard so used his sword during the ceremony, later we saw how he cared for those in his Division, spoke with their families as well as looking after his wife and parents. Like us and his sister, he worries that all will not go well but it did. After all, he practised beforehand, it didn't spoil the fun.

I was impressed with the smart, young cadets, speaking with one of their leaders he spoke of how the organisation gives these youngsters an extra beyond school and home, many apparently open up to the leaders where they wouldn't to a teacher or parent.  All the Reserves hold down civilian employment whilst giving of their time to the Reserves, also many, like our son, are mobilised and undertake full duties with the regular services.

Just before I turn in, in under three weeks from submitting her CV to an agency Martha has obtained a new position in Dorset so is on the move from the Sussex coast to a beach further west nearer family and friends.