Events, past and future

Last night I decided to write my blog, prompted by a couple of photos taken in our front garden. The front garden will be  judged next week, Ian has entered the Borough in Bloom competition, buoyed up by his Silver Gilt award last year when he entered for the first time. The photos were taken on my iPhone so I assumed they would appear in the magic way onto my iPad photos. No, didn't happen and it hasn't happened since 6th June, so I'm a bit miffed. Yes, have transferred the relevant photos but they have gone into 'shared' not the sequence that gives dates and place. Instead of writing, I found loads of old photos in 'shared', deleted them (something I should have done long ago) in case of memory problems. Last time it was found all the photos from my laptop were also on iPad, then I couldn't send emails so different now.
Enough of my techy problems, here are the two pictures, 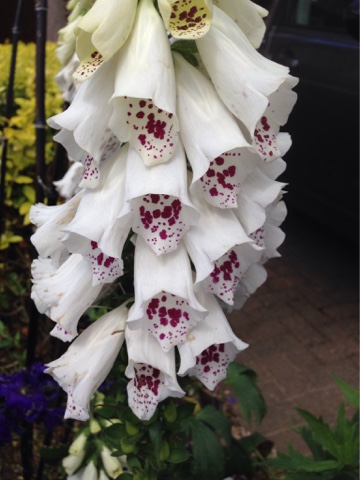 and this as I was wowed by the beauty of these plants in the corner by the bamboo and privet in our suburban garden. 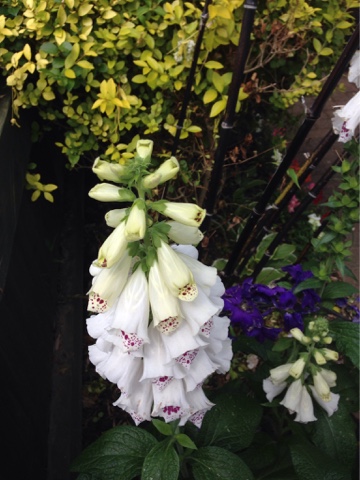 Unfortunately the bamboo will be going, unlike its parent in the back garden it is putting out roots, I am sad but we need to replace it with height that doesn't take the light, changes will be after the competition though.
So what other photos were taken by my phone but didn't jump to the iPad?  These next two are from our holiday at Center Parcs:- 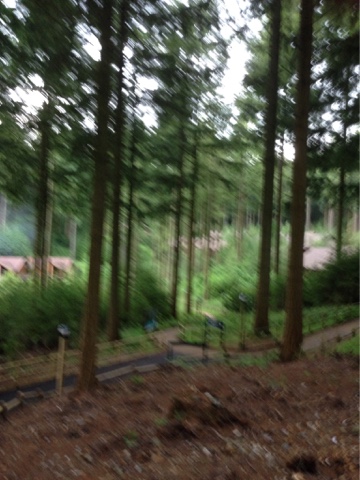 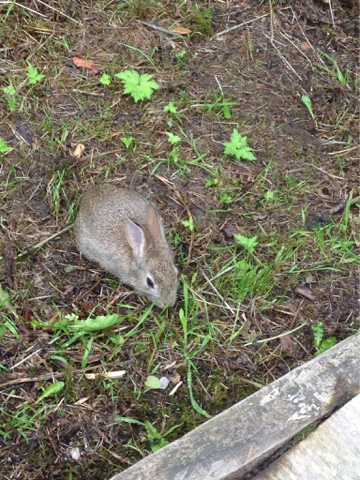 both were taken plodding around the site, the first I thought showed where the chalet was, think it was on the far right, then the rabbit was to show how tame the wild life was. Didn't take photos, perhaps there should have been a family group for we went with Son, his Wife, Grandson, Daughter and her Young Man. We competed in the family quiz, came second in spite of the lack of knowledge of football and other popular culture. Not going to blog much about the holiday although Ian and I decided that Center Parcs wasn't us, for one thing we don't have any tattoos. Our week away was a week of rain so any plans I had to sit outside and catch up with knitting projects were scuppered, recalling the successful Pilates class reminds me to find one nearby. Ian came top in two archery sessions so he is pursuing that as a new hobby. Best of all we had a week with Grandson.
Need to get on, later this week I am off to Knitting and Crochet Guild convention at Sheffield University, leaving Ian home alone. Slightly apprehensive, bit concerned about being in a big crowd but not knowing anyone, travelling and finding taxi on my own, Ian looks after me so well, he will see me onto the train at St Pancras, and meet me on my return. Of course then there is the worry of what to wear, there is a formal dinner on Friday night. This is all so different from the last conference I attended, that was the Cataloguing & Indexing group of the then Library Association to launch 22nd edition of Dewey Decimal Classification.
Right, the washing machine calls out for loading, it is Monday after all.
Posted by PixieMum at 09:31 1 comment: Links to this post

Yesterday afternoon we went to an open day at our local beekeeping society, first time we've been, I wanted to find local honey as it seems to help health wise. Plenty of activities and fund raising, information, bee friendly plants for sale, coffee, cake and raffle tickets were purchased, Sauvignon blanc 2013 was won.
On our way out we spotted the book stall, usual fiction and old cookery books, then treasure was found. Two hardback and four books of patterns by Patricia Roberts; Passion for colour by Sarah Burnett;  three copies of Knitwear by Nancy Vale of whom I had never heard; four copies of Vogue Knitting dated September 1967 (not to be sold separately), Winter special 1986/87 & 1988, Autumn '97. In 1986 edition there is a feature on The Great British Knitters featuring  Susan Duckworth, Edina Ronay, Kaffe Fassett, Sasha Kagan. In the same issue there is an article by Elizabeth Zimmerman on afterthought thumbs.
Another issue has an interview with the Knitting Bishop and More Brits who knit featuring Patricia Roberts. 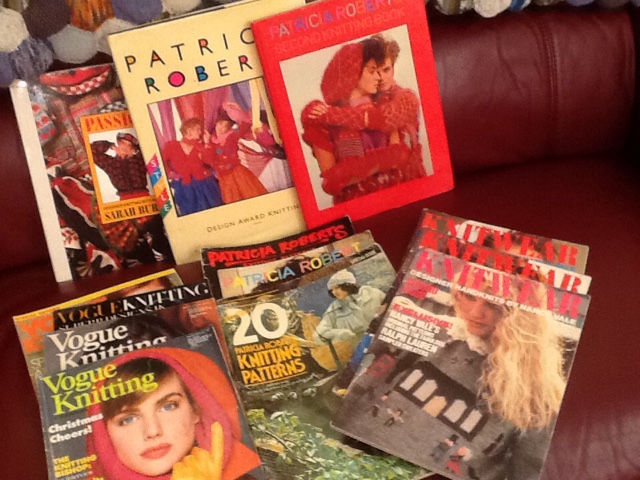 The lady on the stall said she found the books when she came to set up the previous day, doubted any one would want them so asked us for just £5.00  as she wanted to be rid of them. I left a Kaffe Fassett Glorious Knitting as I have a better copy.
These books, even though they are old so much is relevant and topical, both the articles and advertisements are fascinating, I am enjoying the serendipity of it all but I doubt I will knit the big, patterned 80s jumpers.
Posted by PixieMum at 22:13 1 comment: Links to this post

We are attempting to clear Pixie Towers of items that we no longer use or need, this morning we cleared, cleaned and emptied the cabinet housing our Sony compact hifi system, date on the manual is 1990.  Details are now on Richmond Freecycle so it is to be hoped that another family will enjoy listening.
We hope the cabinet housing the hifi will go too, we don't want the collector to sell it on say at a car boot sale or eBay so if we are not happy with respondents it will go to a charity that takes electrical items like Heart Foundation. 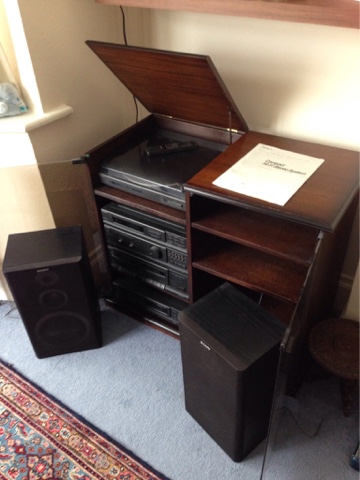 Clearing is liberating, can be difficult when the item has sentimental connections.
Posted by PixieMum at 12:25 2 comments: Links to this post