Yesterday, Saturday, daughter and I went to the Victoria & Albert Museum to see the Dior exhibition, a long planned excursion, DD purchased tickets without realising her Mama was a Friend of the Museum and we could just swan in without pre-booking. At the last minute a friend whom I hadn’t asked as I didn’t think it was her ‘thing’ came up trumps and bought the tickets, I was so pleased, no rush, no pressure of a timed entry, we had a leisurely stroll from South Ken station, knitting on the train attracted no attention, progress was made on the hexipuffs which will form a cushion cover.

There has been much written praising the exhibition, all the positive reviews are right, the styles reminded me of dresses worn by my mother in the 50s, the quantities of fabric for full skirts, tiny waists  formed by uncomfortable girdles and underpinnings. How formally everyone dressed, the gloves, the hats, the heels. As one reviewer pointed out the conversations of the visitors was fascinating, but so were the comparisons with today’s dress for going into Town compared with earlier times. Perhaps I was a teeny bit influenced by seeing a little of Brief Encounter on TV, just how smartly dressed was Celia Johnson?

Very impressed, a dress named after me, apologies for the darkness, the dress and accessories were grey which helped obscure the image. Didn’t take many photos, I intend to go back, maybe on a weekday which could be less busy. 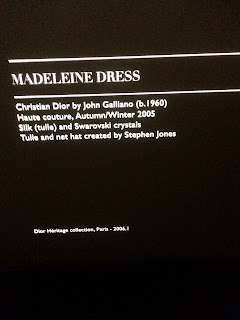 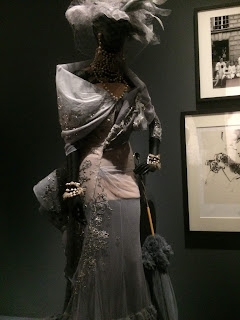 Posted by PixieMum at 21:41 3 comments: Links to this post

Last Friday the church walking group ventured into the City of London around the Monument area. Thirteen of us noticing the changes in this area, Ian especially aware of the changes since he was involved with the construction of Richard Rogers’s Lloyds building. The main attraction was to view the Garden in the Sky from the 35th floor of the Walkie Talkie building at 20 Fenchurch Street,  names and tickets were obtained beforehand, be prepared for long queues and airport style security checks but so worth it.

Following are the phone photos I took of the views, slight mist on horizon to the south west of the City, otherwise perfect weather and not cold at all. I expected to see more green walls and roof gardens, the tops of many buildings were quite ugly. 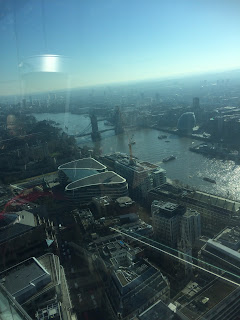 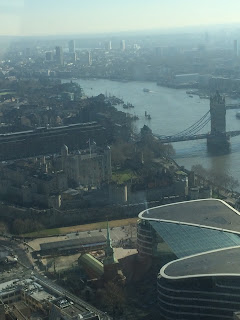 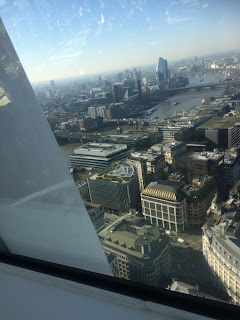 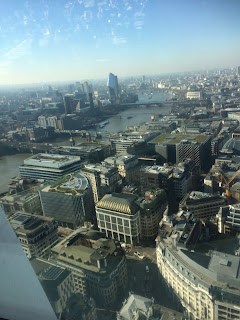 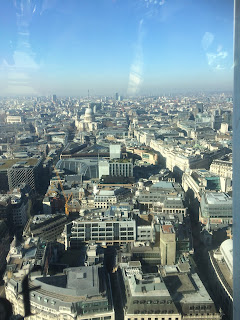 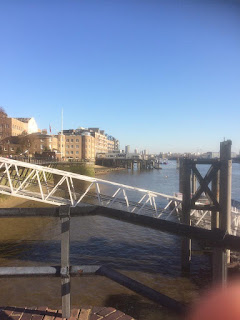 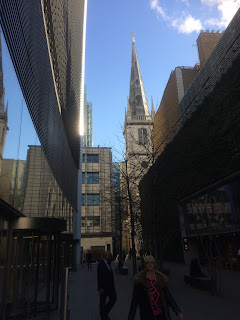 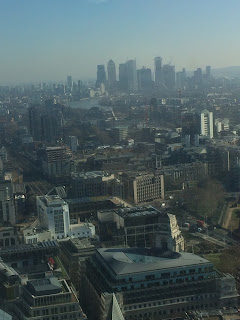 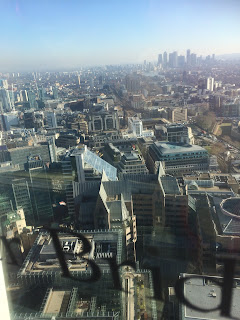 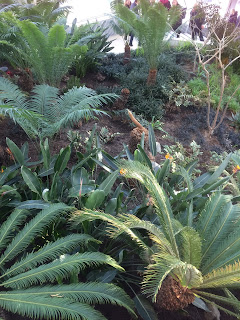 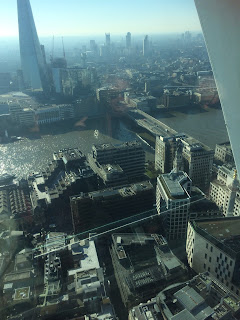 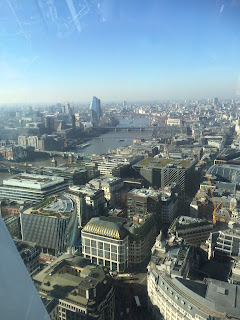 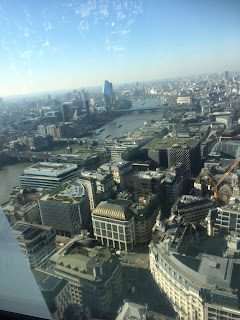 Posted by PixieMum at 10:19 3 comments: Links to this post

Last Wednesday was a meet up with former housemate, we linked up at Kew Gardens station, had a coffee before going into the Botanic Gardens, I’m a Friend so easy to pop in, this time it was to see the Colombian orchid exhibition, unfortunately the exhibition was closing early for a private function.  Instead Friend and I went to find the International Garden Photographers of the Year Exhibition of the year in the Nash Gallery, she reckoned it was more interesting for her than the orchids, many of the places worldwide she had visited.

Recommend visiting if possible, and there are orchids dotted around the Nash Gallery too. One photograph was taken as the colours linked in with the Sweet Pea blanket that I’m crocheting. 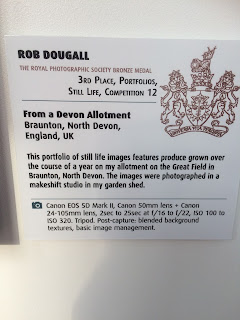 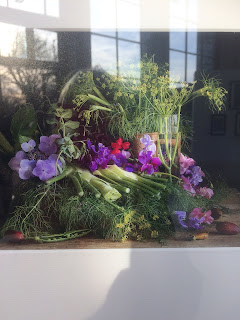 Posted by PixieMum at 09:18 No comments: Links to this post 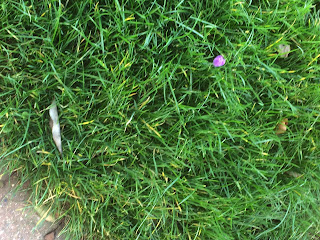 The tiny splodge of purple is a stray crocus that has popped up in the front garden, the grass was laid last Autumn, it was thought that all the old bulbs had been relocated to the flower beds, indeed bulbs are appearing through the newly fertilised beds but I loved this one tiny spot of colour that bravely fought through the new turf. It was one of those mindfulness moments, the beauty of nature that lifts one. Not that I needed cheering up, we had been to the church coffee morning, won some lovely heart shaped chocolates and a small patio rose - suspect this rose will find a home in the church grounds somewhere - before we tootled off to Teddington and Piazza Firenze, as usual ate a pizza fiorentina, my usual choice when eating Italian.

An unassuming day, simple pleasures, a good meal, a stray crocus, newspaper to browse, two cakes made, the Victoria sponge went to the coffee morning, the pineapple fruit cake is for our consumption,  a copy of Country Living purchased, ideal reading for a townie, it’s ok as the cake recipes and design ideas aren’t necessarily just for country living.

Progress was made with crocheting the Sweet Pea blanket, I’m way behind but it doesn’t matter, each stitch formation is calming and meditative.

Just wanted to show the crochet scarf I made for Ian, the pattern was designed by Lucy of Attic24, published in a Red Nose Mollie Makes craft publication in 2017. The original pattern was for a skinny scarf of 15 rows, I bought extra Stylecraft Batik yarn to make a wider scarf, also local stockist didn’t have all the original colours so substitutes were employed. It was meant to be a surprise Christmas gift, didn’t finish it time, it was very difficult to work on in secret, so much more progress was made after Christmas Day. Interesting project in that one didn’t turn the work at the end of the row but fastened off and started a new colour on the right hand end each time.

The fringe was difficult too, Ian helped with measuring and cutting and then modelled the scarf  for the obligatory photograph to be loaded onto Ravelry, Instagram and here.

Today I won’t be out and about in the cold wind, instead will be cutting up the final batch of oranges and lemon for marmalade, crocheting the Sweet Pea blanket, loading the washing machine and ironing. We live such exciting lives - ha ha! At present my left foot is wrappped in an ice pack to counter an attack of Achilles Tendinitis, maybe I should try a few Pilates exercises as it was too cold yesterday for me to venture out to the early morning class. 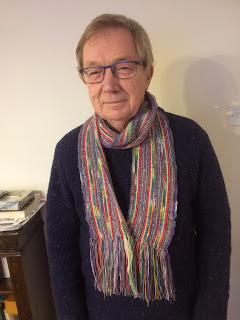 Posted by PixieMum at 10:03 2 comments: Links to this post